I don’t even know where to start with yesterday’s commute. I guess I should start with WORST COMMUNTE EVER!!! I left work a little bit late, so I knew I would not make my normal train. But, the heartache began when I reached the top of the escalator just in time to see the next train pull off. 😞 I decided to sit for a while because the next train should’ve been there in 10 minutes or less. About 6 minutes in, I decided to get up to claim my spot on the platform. Little did I know the next train would not arrive until 25 minutes. A voice kept coming on the speaker about every 30 seconds but no one knew wtf he was saying. I started calling family to let them know what was going on. I remember my mom saying there were several tornado warnings for the north…where I was. 😦 LOL But, I couldn’t even process that because I started getting sharp pains on my right side and a serious cold sweat was gearing up. My mind started racing – “Dot better not be trying to come back – she was just here last week…is it food poison…what if it’s appendicitis…I better not die on a MARTA platform!” Y’all see how fast that escalated?😒

When the train finally arrived, it was packed. I did not care where I sat as long as I had a seat. The train took a while to pull off and just as I thought, “maybe I should get off and go back to work – it would be safer if I really passed out”, the doors closed and the train pulled off. I don’t remember much about the ride except I started breaking out in a serious, trickling sweat, my glasses started fogging, and I felt like I was losing consciousness. I do remember thinking I did not want to be on the train if that happened. I popped a mint in my mouth hoping it would give me a cooling sensation. That shit didn’t work – the commercials lie. When we arrived to the second stop, the train just sat with the doors open. After sitting with the doors open for about 5 minutes, I decided to attempt walking off. Everything was a blur and I had to look crazy af to anyone watching. My goal was to make it off the train before the doors closed, find anything cold to stretch out on, and land on my purse if I passed out. Like that would be in my control. But, thinking about my purse gave me something to focus on as I took what was probably only 30 steps to get off the train to the bench. That felt like the longest walk of my life. I kid you not – I thought about the Mr. Krab confused meme because everyone was a blur to me. 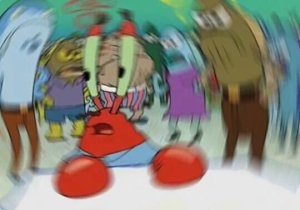 Each step was a victory.

I had a flashback to when I was in high school at the Bowie State college tour. Something similar happened and they found me stretched out in the stairwell…face planted on the nasty floor. I remember just needing to be on something cold. That’s why getting to that bench slab was so important to me. I didn’t care how I looked or how gross the cold anything would be. My goal was to get there and keep my purse safe. 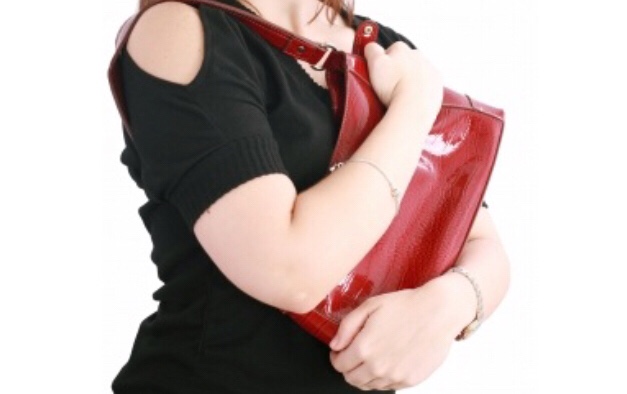 When I finally reached the slab, I was pretty much blinded by the combination of dizziness and super fogged glasses. While all of this was going on, I remember my mother calling me a few times. I just remember telling her. “I cannot talk anymore and track my phone– that’s how you will find me.” I can’t even imagine what she was going through, but I now know she hit up everyone trying to see who could get to me first, including the people at the train station.

I sat pressed against the cool slab clutching my purse for I don’t how long. I don’t know if I ever lost consciousness or not. I eventually thought to remove my light sweater and was thinking about coming out of my shirt. The cool slab started working. I was still sweating profusely on my face, neck, chest, and back. But, I found my voice again and turned my head to the lady sitting on my left. I said to her in what felt like a whisper, “please help me, I feel like I am going to pass out…get help.” I remember her asking questions but I couldn’t make them out. What I could hear was the dude next to me smacking up a storm and sucking his teeth so damn loud! I turned to look at him and when I turned back, the lady was gone. I never saw her again.

In the meantime, my mom called again asking what I was wearing so that the folks at Marta could find me. As I sat, sprawled all out yet trying to look normal, the smacking and sucking man engaged me in conversation. He started asking if I was okay and what was wrong as he continued to try to suck every tooth out of his head. The cool slab and him talking to me started making me feel better. He kept offering me some of his chicken lo mein and I thought I was going to throw up right there. I don’t eat chicken lo mein when I am feeling regular and the thought of it on my knotting stomach was just too much too much for me. 🤢 But, his kindness was much appreciated…even through all the teeth sucking. He offered me some of his drink and I thanked him but told him I had my own. He started joking with me – asked me if seeing him out of the train window was what got me feeling so hot. I told him that was probably it and I had to get off to sit by him. LOL Around that time, I saw a Marta police walking back and forth squinting. I kinda gave the wrong description of what I was wearing. We got her attention and she sat beside me and kept asking a bunch of questions. One was if I wanted an ambulance. For some reason, I was adamantly against it. Probably because I remembered this happening before 20+ years ago. I asked her if she could help me to a rest room. I just kept thinking I would end up on the ground…pissy. That is not how I want to go viral. 🤳🏽🤳🏽🤳🏽 Yeah – I still had some irrational vanity.

The train doors finally rang and as it began to close, I wondered if I could make it. The mind is funny in these situation – irrationally rational.

The officer lead me to a bathroom – she was very patient with my baby steps. Crazy me thought because it was a locked bathroom, it was going to be in decent condition.   Maannn – I was looking for Ned the Wino in the corner while I attempted to pee. It was all cement and just dingy af. But, even with all that I kept thinking it looks sooo cold and would feel so good against my skin. Yes, I think I was delirious by then because I was starting to build up another serious internal fire and sweat was starting to drench my face and shirt again. Hygiene was no longer on the top of my list. I even picked up the bottle of whatever on the sink (with no top) and dumped it on my hand in an attempt to get clean. It was waaaay too watery. That almost took me out. I just wanted to die right there…in the dingy, dank Marta bathroom. 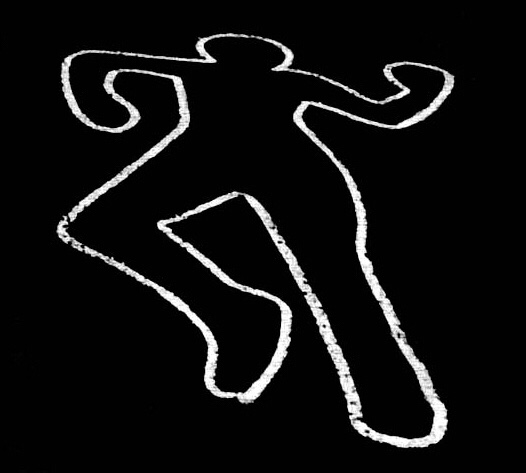 I eventually exited the bathroom and the officer asked me if I was okay to continue walking and if I was sure I did not want an ambulance. I declined again. I told her I could walk but slowly. I felt if I could just keep putting one foot in front of the other, I could make it to the finish line…I really do watch too much TV. She began talking to me. She told me my mom was a really nice, persistent lady. LOL My youngest sister called because she was the closest to me and wanted to know where I was. I felt bad because my nephew was with her and it was his birthday. I gave the officer the phone because I could not focus. She told me my dad was calling. I told her to stay on with my sister and I would call him when settled. She sat me down and I was able to lay my head down as she coordinated with my sister. For the first time, I thought my purse was safe so I could close my eyes voluntarily and rest. I dozed off on the cool slab as a cool breeze started flowing through the space. The next thing I knew, the officer was handing me the phone and told me my sister would be pulling up soon. I was already feeling much better.

I was so happy to see my sister and nephew! 🤗🤗🤗 I got in the car and went into a sleep coma. 😴 My sister said they were like – is she alright…is she breathing??? They felt better when my nephew could see my chest rise and fall. I got in some pretty good sleep because traffic was horrible. Rain in Atlanta….need I say more. We dropped my nephew off at the movies where my son was waiting with friends to celebrate his birthday. I went home and chilled on my new sectional (delivered the day before) with my mom. Dozed in and out all night while attempting to watch tv with her. We were still on the couch when the boys got in around midnight. They had a great time. Mommy ended up staying the night.🤗

Thank you family. You always, always have my back. They were all calling trying to check in and find a resolution. Love them muy!!!! ❤️❤️❤️ Y’all know they are already clowning though. My niece just told me she’s getting me a life alert for Christmas.

I am mischievous, organized, neurotic, insightful, creative, and amusing …so I’ve been told. View all posts by MizMe

I am often amused and sometimes irritated by my fellow commuters during my 40 minute journey to and from the place that pays. Select the MartaMe category to check out my latest observations and flashbacks.

This category is pretty self explanatory...growing older...sometimes not so gracefully. Luckily, I'm not in crisis mode yet. :-) Select the MidlifeMe category to follow me on this journey.

Misophonia, literally "hatred of sound," is a condition in which negative emotions, thoughts, and physical reactions are triggered by specific sounds. It is also called "sound-rage", which is the best way to describe what I have been suffering from my entire life. Select the MisoMe category to check out articles, memes, thoughts, and rants...lots of rants. :-)

Let's just say my parenting style is not what most consider typical, but it certainly has worked for us. And, my parenting extends to my nieces and nephews. Select the MommyMe category to read funny stories, flashbacks, observations, etc.